Fresh off the boat from SA Indies Music Week in Jo'burg, the Worms were invited to be a part of the annual Larterbury Music Festival, this year hosted at Legends Venue in East London on 23rd December. Some great local talent graced the stage including Ed Johnson, the Atterbury and Larter brothers and local band Serotonin.

The night had a great turn out with lots of new faces and Cindy's energy and personality got the crowd up and dancing the night away.

See you on the 28th Dec at C Club when we will be supporting Desmond and the Tutu's!
Posted by Unknown at 6:30 PM No comments:

Can of Worms Selected to Play at CMJ Music Marathon 2016

2015 has been an incredible year for Can of Worms. Having got together earlier this year the band is growing from strength to strength. Having been given the opportunity to attend SA Indies Music Week in Gold Reef City last week after auditions earlier in the year with the Independent Music Exporters of South Africa (IMEXSA), Can of Worms are extremely excited to share the news that we've been selected to play at CMJ Music Marathon in New York in 2016.

Vote for Can of Worms - IMEXSA Polls Still Open

Can of Worms is extremely excited to be a part of SA Indies Music Week next week at Gold Reef City in Johannesburg. The event is organised by the Independent Music Exporters of South Africa (IMEXSA) along with a whole host of domestic and international sponsors. Read our previous blog "Can of Worms Pre-Selected for SA Indies Music Week" to find out more about how we got selected to be a part this awesome event.

Exciting times for Can of Worms as our first studio recording - Mother Earth - was released under a month ago. Hot on the heals of the recording being published on soundcloud, the official music video was released on youtube. In under a week the movie has over 500 hits already - the sky's the limit!

A huge thanks goes out the Shaun Searle for sharing his time, energy and creativity in putting our FIRST OFFICIAL MUSIC VIDEO together. Your support is extremely well appreciated Shaun - thank you for believing in us and taking the leap with the worms :)

Posted by Unknown at 7:30 PM No comments:

Catch us on Social Media

Can of Worms is working to make contacting us, finding out more about us and keeping up-to-date with band happenings as easy as possible! You can now find us on the following social media channels:

Soundcloud - Can of Worms


Or email us on canofwormssa@gmail.com.

Can of Worms Pre-Selected for SA Indies Music Week 2015 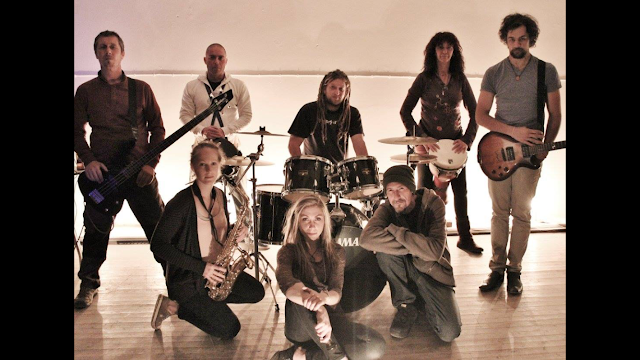 On Friday 30th October Can of Worms joined the Independent Music Exporters of South Africa team at auditions in the Eastern Cape Audio Visual Centre (ECAVC) in East London. The auditions give unsigned bands and artists the opportunity to present their music to the IMEXSA who in turn hand-select a number of artists to take part in music and industry workshops in Johannesburg over SA Indies Music Week from 16-20th December. At the end of the week the IMEXSA team, along with international representatives from music events and festivals, will again choose their favourite artists who are guaranteed to play in an international event in 2016.

On Sat 31st October Can of Worms hit the studio at Legends Contemporary Schools of Music in East London, with sound guru Gary Ndlovu to lay down a radio and release friendly version of our first track Mother Earth.

You can read about the recording session on our previous blog "Recording of Mother Earth".

The track is now live on Soundcloud - check it out now!

Credits go to Thomas Sokolich for mixing and Gary Ndlovu for mastering. The team worked hard to meet our deadlines and their support and creativity is hugely appreciated by the Worms - thanks guys :)

Posted by Unknown at 3:03 AM No comments:

Can of Worms on Sound Cloud 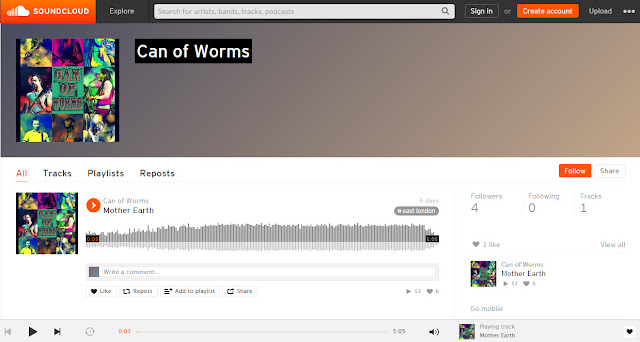 Can of Worms are super excited to have a profile on Sound Cloud - currently hosted on the profile is a live recording of Mother Earth from our gig at the Venue of Legends Contemporary School of Music.

You can check out our profile here:

Can of Worms the Band - Sound Cloud

Posted by Unknown at 6:00 PM No comments:

Saturday 31st October - Can of Worms hits the Studio at Legends Contemporary School of Music in East London to record our first single "Mother Earth". Working with the creativity of muso Gary Ndlovu who was set the challenge of taming our 7 minute wild child song to a radio friendly 4 minutes, the vibe in the studio was awesome. Steve took the liberty of laying down his beats earlier in the week giving Dave the space to lay down the bass first in the studio.

Can of Worms at IMEXSA Auditions 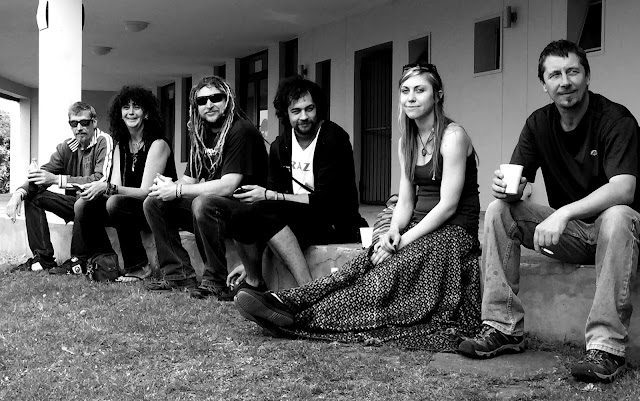 Friday 30th October marked the arrival of the Independent Music Exporters South Africa (IMEXSA) crew in East London for the second round of Eastern Cape auditions. Can of Worms were super punctual which gained us the opportunity to be first on stage.

Can of Worms are at it again! We're excited to announce our next performance which will be at The C Club in Chintsa East on Saturday 24th October. 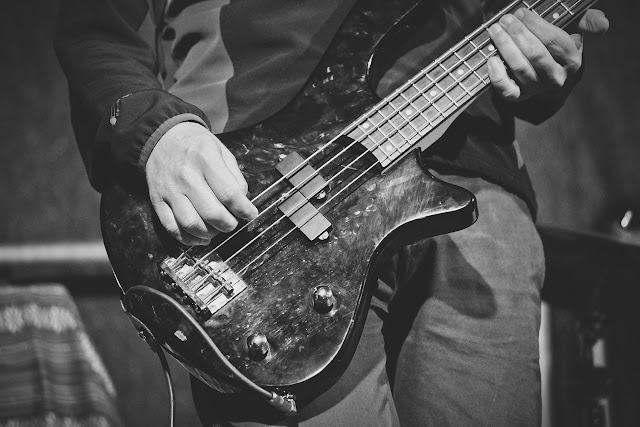 Tickets are now on sale for the Wild Coast FM Farm Jam hosted at the beautiful Silhouette Farm, Crossways on Sunday 22nd November 2015.

Join Can of Worms who will be performing alongside three other local bands (plus the amazing Spanish vocalist Rolando!), with Wild Coast FM broadcasting the event live on air.

Can of Worms open for Jeremy Loops, East London 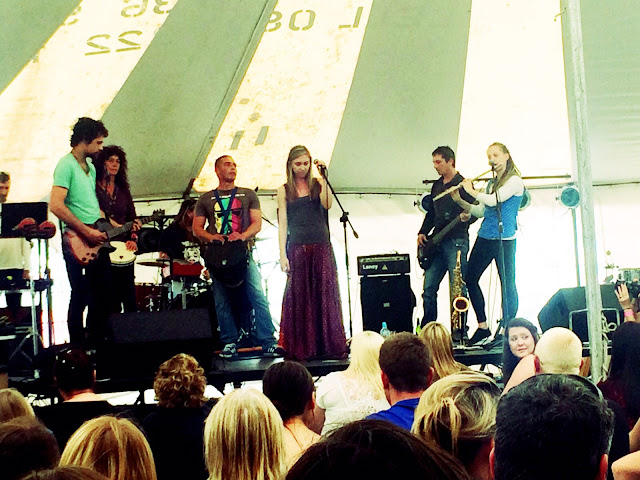 We are Can of Worms! 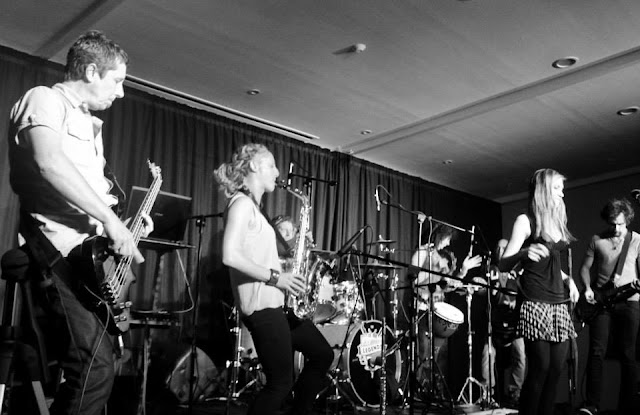 Taking East London by storm our eight piece band featuring drum kit, djembe, percussion, guitar, bass, special effects, sax/ flute and vocals has seen it's début through local gig's this month. Our unique sound and original music screams of creativity mixing earthy beats, a little punk and some soulful melody lines. No one song is the same and we guarantee that you'll leave our gigs with at least one CoW tune engrained in your psyche (forever).