Woa-ha it's been a VERY long time since we populated this little blog with some Worm news - apologies for that! And do not fear - all has NOT been quiet on the Western front - we have been busy Worms. Check out what we've been up to:


Our latest single Sons & Daughters which was released on Mothers Day this year quickly climbed to number one on the Wild Coast FM SA Top 20 which airs on Sunday morning on 98.6 fm. The song is regularly played on the local radio station and has received a lot of love amongst our Wild Coast fans - who also requested the song as an encore at our last gig in Chintsa.

Can of Worms on Algoa FM

On Friday 30th June we were invited to join Mio at Algoa FM on his new music feature show. Steve, Cindy and April attended the interview which was based at the Hemingways mall in East London. As well as chatting about the recent successes of the band we discussed our single "Kettle of Fish"which was played on air, and talked about what friends and fans can look forward to over the coming months which included our...

With the release of our singles and in the lead up to our imminent album release we took the decision to get out and about to a wider Eastern Cape audience. Our Eastern Cape "mini-tours" took us to Grahamstown where we were hosted at 37 on New on our way down to Port Elizabeth; we did our best to warm up a freezing cold mid-winter crew of revellers - who managed a good dance even wrapped up in the Winter woolies!

The Music Kitchen hosted us in PE where we shared a stage with The Brothers - just about the most fun you can have on a night out! We maxed out the venue with a huge audience and danced into the night :)

Also a part of the tour was our second time performing at Mdumbi Green Fair Music Festival - 2017 was the second ever festival and saw some amazing growth with top notch bands and an incredible crew of organisers. We shared the stage with SA greats Rubber Duc, Heather Waters, Alimo and Storm, Kathy Raven, Akkedis and more! This event really epitomises Wild Coast living - bare foot sunny days, beach and surf time, seafood extravaganza's and warm smiles all around.


Finally we hit Jeffreys Bay during the Winter Fest when the town was full to the brim with surfers and surf fans! @ Work Rocking Sports Bar gave us a stage for the night where we jammed with a fun and friendly audience before the amazing Albert Meintjies who blew our minds with his stage presence and guitar skills.

Our mini-tours have helped us to get the Can of Worms SA brand out into a wider space and we've been so pleased with the reception we've received in all of the new towns we've performed in. Watch this space for the next mini-tour and if you would like us to come to your town please get in touch!

The next adventure saw us joining an all star line-up for the gig of the year at The C Club in Chintsa - over 1200 tickets were sold for the event with the line up including local talent Jason Gladwin and South Africa's over Matthew Mole. Can of Worms opened the evening to a mellow audience with the aim of getting the party started as soon as possible!


Last weekend saw us performing for the first time at the annual Wild Coast Jikeleza Festival on the Saturday evening. We played a prime-time slot - beginning with a mellow jazz-style set to ease in the crowd and following it up with our sit-up-and-listen, get-yourself-on-the-dance-floor set! Feedback from the audience was really positive and we loved having the opportunity to play to a daytime, family orientated crowd who cheered us on as the sun went down.


Things to look forward to...

So that was what we've been up to! Now for what's to come...

New Music on it's way!

We've taken some time over the past month to work on some new song ideas - it's up to the crew now get our heads down and consolidate some of the awesome idea's we've got going on to get them out to you (no pressure or anything!) :-D


And our final pre-album single is going to be released... NEXT WEEK! Keep an eye out on our social media pages to find out more!

And one last little funny by Henry Dillon to make you smile :) 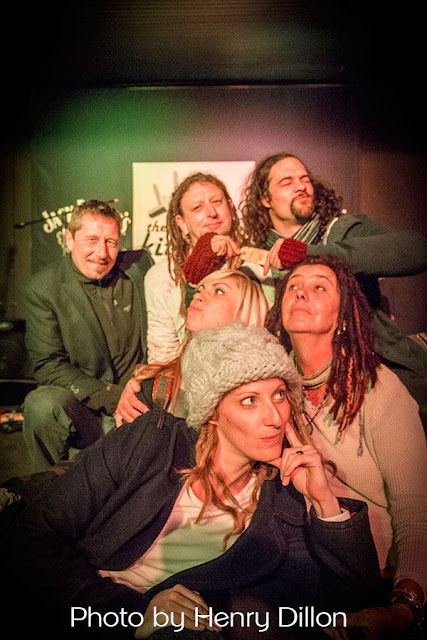